Jim McClintock, Ph.D., shares his support for the UAB Sustainability Office’s energy plan, “20 by 25,” which aims to convert 20 percent of UAB’s electrical energy to renewable energy by 2025.

Editor’s note:Jim McClintock, Ph.D., a professor of polar and marine biology at the University of Alabama at Birmingham, is one of 25 scientists nationwide who developed a definitive report sponsored by the National Academy of Sciences on the effects of polar climate change and leads annual educational Climate Change Challenge cruises to Antarctica. 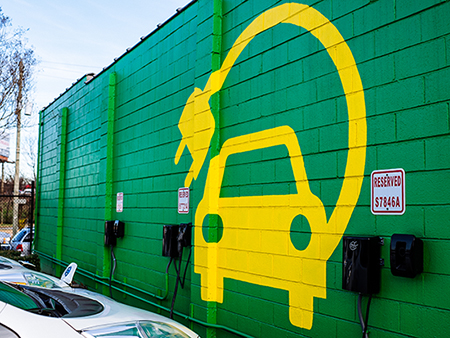 The UAB Sustainability Office’s energy plan, “20 by 25,” aims to convert 20 percent of UAB’s electrical energy to renewable energy by 2025. (Photography: Andrea Mabry)The University of Alabama at Birmingham has long been established as a national leader in science and health care. Recently designated by Forbes as America’s Best Large Employer, it is in the spirit of leadership that UAB’s undergraduate and graduate students, along with its faculty, have resolved to support an effort by the UAB Sustainability Office to lead large entities in our state in renewable energy.

Over the past several months, official student and faculty senate resolutions supporting the UAB Sustainability office’s “20 by 25” program — endorsed by UAB leadership in 2018 — are energizing plans for 20 percent of UAB’s electrical energy to be sourced to renewable energy by the year 2025.

Some detractors might argue that 20 percent is too small a number, or that renewable energy is just too expensive compared to fossil fuel-generated electricity. I believe that those with either viewpoint should pause to reconsider.

UAB is one of the top consumers of electrical energy in the entire state of Alabama. As such, according to Bambi Ingram, director of the UAB Sustainability Office, 20 percent of its annual electrical energy usage amounts to approximately 35 megawatts of power.

To put this in perspective, Ingram informed me that this annual number is enough to power the Bartow Basketball arena for a period of 22 years. Impressive, especially when considering this would be the first significant large-scale move toward renewable energy on campus.

Currently, the electrical energy that powers UAB is sourced largely from the combustion of fossil fuels. So how will UAB move toward generating 20 percent of its annual electrical energy from a renewable energy source? The meteorology of Alabama does not lend itself well to wind power. However, solar energy provides a practical solution. Alabama is ranked high, 13th nationally, in terms of the availability of sunshine to generate solar energy. 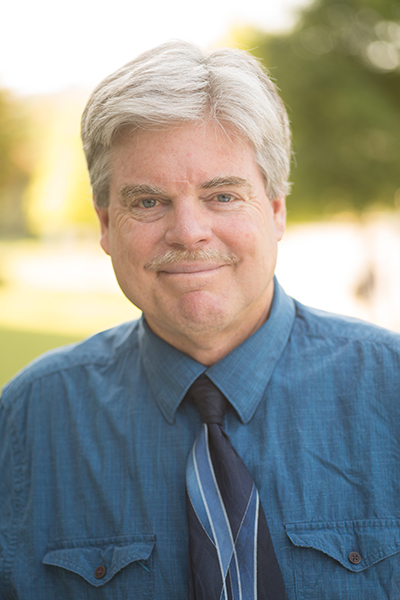 Jim McClintock, Ph.D.
(Photography: Razaq Kadri)The UAB campus is large; but the UAB Sustainability Office has done the math, and there are simply insufficient rooftops and green spaces to install large-scale solar energy systems. Instead, the simple solution is to build an off-campus solar array capable of generating 35 megawatts, similar to the one the University of Georgia recently installed to provide power to its campus.

As reported across national media outlets, in recent years there has been a dramatic reduction in the costs of electricity generated by solar energy. Some estimates now put these costs below that of fossil fuel-generated power. These costs will continue to decline as the United States moves aggressively toward renewable energy. Moreover, engineers are hard at work developing technologies to address storage capacity and distributed energy solutions for solar.

Best of all, solar energy is clean energy. Solar-generated electricity will reduce the carbon footprint of the largest single-site employer in the state — UAB. In the big picture, less atmospheric carbon means less climate warming and, equally important, healthier air for all residents of Alabama.

The latter will no doubt be good news for Paul Erwin, M.D., DrPH, dean of the UAB School of Public Health, and his faculty and staff, who are currently establishing a focus on climate change and health.

With “20 by 25,” UAB will expand its leadership role by moving the campus and its students, faculty and staff toward a future with clean, renewable energy. It is in all of our collective interests that other Alabama educational institutions and corporations follow suit.