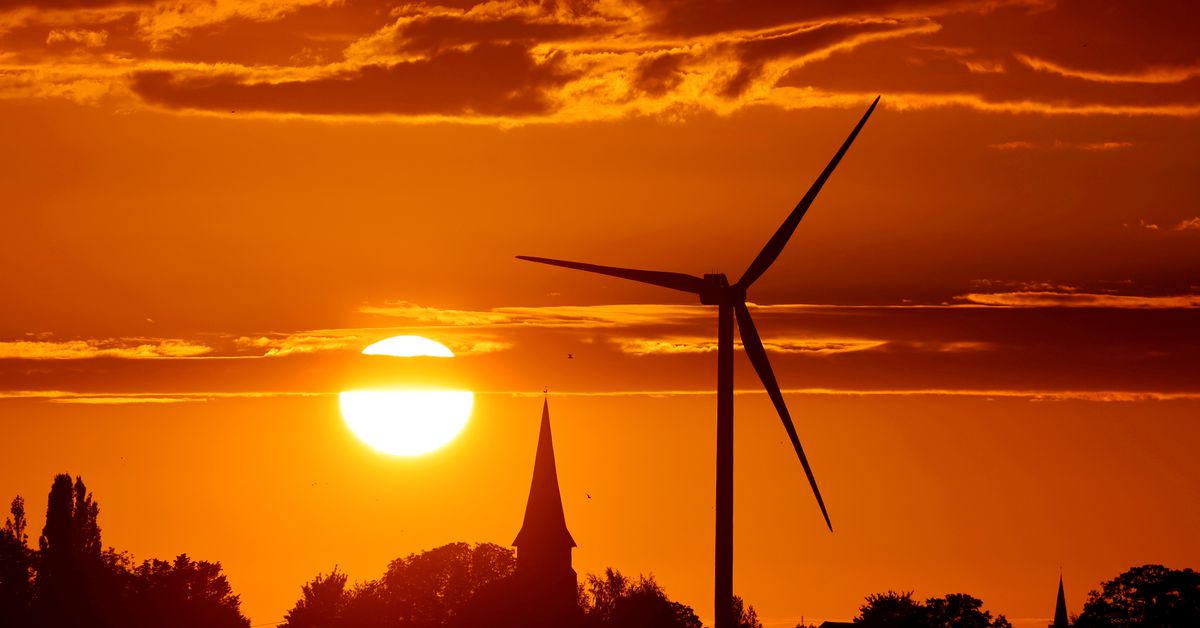 A power-generating windmill turbine is pictured during sunset at a renewable energy park in Ecoust-Saint-Mein, France, September 6, 2020. REUTERS/Pascal Rossignol/File Photo

EU competition regulators are considering changes in state aid laws to allow EU countries to subsidise up to 100% of renewable energy projects, the European Commission said on Monday, as the bloc seeks to meet ambitious green targets.

The proposed changes are part of the EU executive’s revision of its climate, energy and environmental state aid guidelines (EEAG) which are expected to be adopted by the end of the year.

“Europe will need a considerable amount of sustainable investments. Although a significant share will come from the private sector, public support will play a role in ensuring that the green transition happens fast,” European Competition Commissioner Margrethe Vestager said in a statement.

The EU executive said the revised rules would allow EU countries to introduce new aid instruments and projects in clean transport, energy efficiency in buildings and biodiversity could also be fully funded by EU countries.

EU countries will have to consult all interested parties on subsidised projects as one of several safeguards to ensure that state aid is effective and limited to what is needed.

New investments in natural gas will be covered by the revised rules as long as they are compatible with the bloc’s 2030 and 2050 climate goals.

Interested parties have until Aug. 2 to provide feedback before the Commission makes a final decision.