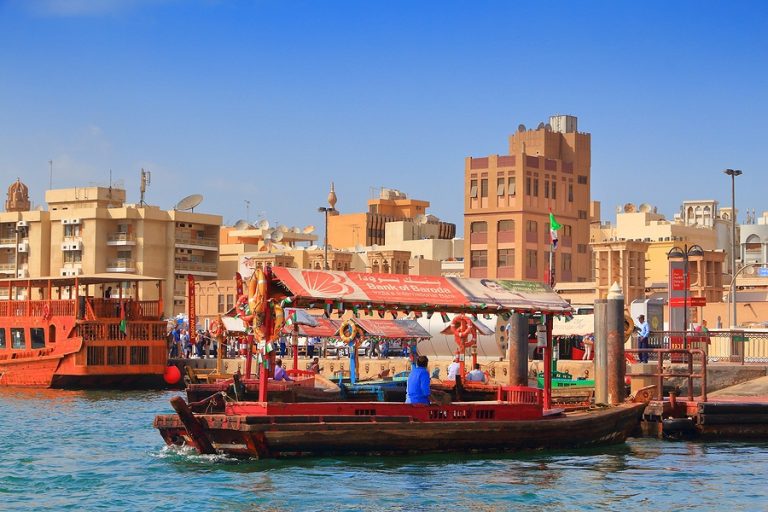 Dubai’s Roads and Transport Authority (RTA) has designated a station to supply biofuel to traditional Abras operating on Dubai Creek from next month.
This decision has been taken following successful trials last year where five traditional Abras used to be powered by Biodiesel 5, which is officially certified in the UAE, in collaboration with ENOC Group.
“To encourage traditional Abra operators to use the biofuel for their Abras, we offered them a discounted price for biodiesel, compared with the price of regular diesel, in coordination with ENOC Group,” said Mohammed Abu Bakr Al Hashmi, director of marine transport at the Public Transport Agency.
“This initiative stems from RTA’s standing commitment to have a vital role in implementing the UAE Green Growth Strategy, and accordingly contribute to the fruition of the UAE Vision 2021. The initiative is based on using clean and environmentally-friendly biofuel to reduce the carbon footprint and harmful emissions to protect the public health,” added Al Hashmi.
“We had implemented the procedures required to measure the results of using biofuel to power traditional Abras compared with the use of regular diesel. For this purpose, we had powered the same traditional Abras by biodiesel and regular diesel alternately.
“The results were positive and no negative effects were recorded on the engines as a result of using biofuels. ENOC Group had appointed a specialised company as a neutral party to evaluate the results of the experiment.”
Research indicates that the use of biodiesel reduces the number of unburned hydrocarbons, carbon monoxide emissions, fine particles, and sulphate gas as well as reduction of the PAH gas, a cancer antigen.
There are 148 traditional Abras operated by the private sector on two lines on Dubai Creek. They ferry about 13 million riders annually (90% of the total number of marine transport riders in Dubai).
The existing fleet of traditional Abras uses 30hp diesel engines that consume 1.1 million litres of diesel per annum.