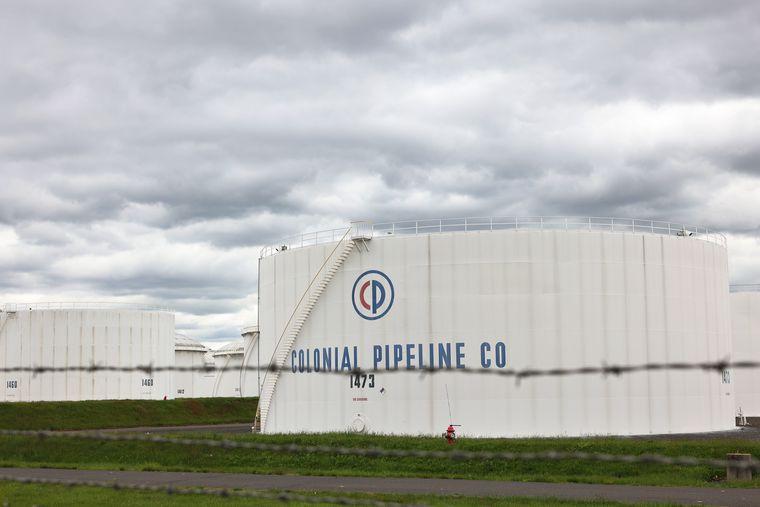 As Congress debates how to protect and upgrade our critical infrastructure, our federal government is ignoring a $40 billion stealth tax on independent refiners and the American consumer. Adding insult to injury, the tax is paid to “Big Oil” major companies, large gasoline retailers, and speculators, putting good jobs and energy supplies at risk without sending a dime to federal coffers.

The Colonial Pipeline shutdown highlighted the importance of regional refining capacity. The pipeline transports nearly half of the East Coast’s fuel supply, so the shutdown caused by a ransomware attack on its computer systems triggered panic-buying, price spikes, and gasoline shortages in the region. The fallout reminds us that gasoline, diesel, and jet fuel manufactured by domestic refiners keep our country moving, getting people to work, school, the doctor’s office and grocery stores. Some of our nation’s supply of hand sanitizer, N95 face masks, and vaccines are also made from petrochemicals manufactured by refineries.

Domestic refineries are critical infrastructure. However, the massive fuel demand destruction associated with the COVID-19 pandemic led to eight U.S. refineries closing or announcing closure within the last year, resulting in thousands of lost union and other jobs. Having suffered enormous financial losses, PBF Energy made the difficult decision to reduce capacity at our Paulsboro refinery to weather COVID-19′s economic havoc.

Unfortunately, despite our nation’s slow emergence from the pandemic, merchant refiners like PBF have been forced to confront further unsustainable financial pressures because of the broken federal biofuel mandate: the Renewable Fuel Standard, or RFS.

The RFS mandates blending a certain amount of biofuel — a renewable energy source derived from plants, such as corn, algae, or animal biomass — into the nation’s fuel supply, imposing that responsibility on refiners. However, biofuels like ethanol can only be blended with gasoline in distribution terminals for delivery to gas stations. Merchant refiners like PBF that only manufacture oil into gasoline, diesel, and other products without owning large scale distribution terminals or retail chains are forced to buy credits called “Renewable Identification Numbers,” or “RINs,” from their “Big Oil” competitors, other large retailers, and speculators. The greater the volume of biofuel that EPA decides must be blended into the gasoline and diesel fuel supply, the greater the number of RINs refiners have to purchase.

» READ MORE: Business as usual for PGW is bad for consumers, the climate, and even PGW | Editorial

The cost of RINs credits increased over 20 times from nine cents in January 2020 to nearly $2 today. These massive cost increases have hiked the overall price tag of the program from $2 billion to a $40 billion stealth tax that adds over 30 cents per gallon to gasoline, equivalent to 160% of the 18.3 cents per gallon federal gasoline tax. If you are wondering why prices at the pump are increasing, you don’t have to look further than the broken RFS program.

If this dysfunctional program continues unchecked, the consequences may put more than two million barrels per day of refining capacity — equivalent to over 30 billion gallons of American fuel production — at risk. The cruel irony is that instead of RIN proceeds going to the government to improve infrastructure, the stealth tax enriches the oil majors and large retailers at the expense of consumers and independent refiners, setting up winners and losers on an enormous scale.

Merchant refiners are now spending more on RINs than to operate their facilities, which is unsustainable, presenting an impending crisis for American motorists, vacationers, and businesses, among others. The Northeast and Mid-Atlantic once had ten refineries manufacturing gasoline, diesel, jet fuel and other petroleum products, supplying 50% of the region’s demand. Today just three such fuel refineries are operating, with over 70% of regional demand being supplied via the Colonial Pipeline and foreign imports. With Colonial Pipeline full, any further reduction in East Coast refining will increase reliance on international supplies.

If these remaining refiners were shut down during the Colonial Pipeline outage, every state between New Jersey and South Carolina could have needed to declare states of emergency as they waited for supplies from abroad. Lines at the pumps would have been even longer, and disruptions far more widespread.

In the aftermath of the Colonial Pipeline cyberattack, President Biden said, “We need to invest to safeguard our critical infrastructure.” While new investment is certainly needed, we should first stop needlessly bludgeoning domestic refineries — existing critical infrastructure — with a broken federal policy. RFS reform is free and would serve as a tax cut for the American consumer and protect union jobs, without decreasing renewable fuel consumption.