A handful of Franklin County towns are voicing their opposition to state subsidies and incentives for biomass plants with resolutions that seek to protect the health of the environment and residents.

Most recently, Montague voters approved “A Resolution in Opposition to State Subsidies and Incentives for Biomass Plants” at their Annual Town Meeting on May 22. Now, Colrain voters have a chance to follow suit with their own resolution to be considered at their Annual Town Meeting on June 16. Other Western Massachusetts communities to approve similar resolutions include Leverett and Springfield.

Ferd Wulkan of Montague and David Greenberg of Colrain, along with other members of Franklin County Continuing the Political Revolution’s Climate Task Force, have been including the resolutions in opposition to biomass plants on their respective Annual Town Meeting warrants through citizen’s petitions. Greenberg said language for the petitions was drawn from the Springfield Climate Justice Coalition, which formed to protest a proposed Springfield biomass plant.

While the Springfield plant has been halted, Greenberg said there is still work to be done to ensure the state doesn’t provide subsidies for these plants.

“This was a victory for the people of Springfield and all around Western Mass., who fought this plant for over a decade,” Wulkan said. “It is also a victory for our climate.”

According to Wulkan, biomass plants may accelerate global warming because wood-burning power plants emit more carbon dioxide than fossil fuel power plants per unit of energy generated. In a letter to the editor last month, Leverett resident Ann Ferguson voiced support for her town’s approval of the resolution, stating that biomass plants that burn wood generate more harmful pollutants than even fossil fuels.

“The point is, that although wood is a renewable energy source and fossil fuels are not, we should not support wood as a major energy source for electricity or heating schools and other businesses,” Ferguson wrote.

She and Wulkan both said local living forests sequester carbon pollutants, and cutting them down is thus counterproductive. Ferguson wrote that area towns need to oppose the changes to the Renewable Portfolio Standard proposed by the Baker administration that would allow biomass plants to receive taxpayer subsidies.

In another letter to the editor in March, Conway Selectboard Chair Bob Armstrong wrote, “air pollution travels along the Connecticut River Valley with remarkable efficiency, and toxic pollutants generated by the proposed Palmer biomass plant in Springfield, burning a projected 1,200 tons of biomass per day, will hurt not just Springfield (already our nation’s No. 1 asthma capital), but also be carried north by the wind and harm our air and lungs, too.”

Wulkan and Armstrong argued that biomass plants are not economically viable without subsidies.

However, Wulkan said the state Department of Energy Resources “continues to push for a change of rules that would qualify biomass energy to receive subsidies that are intended for real clean energy alternatives like wind and solar.” In his letter, Armstrong said regulatory rollbacks proposed by the Baker administration would qualify biomass-generated electricity produced anywhere in New England for Massachusetts clean energy subsidies, making construction of such plants more profitable, and qualifying the wood-burning plants in New Hampshire and Maine for Massachusetts taxpayer-funded subsidies.

If the regulations are ultimately changed, Wulkan said it could possibly give the Palmer Renewable Energy’s biomass plant new life, and would encourage development of other inefficient and polluting biomass plants throughout the state. 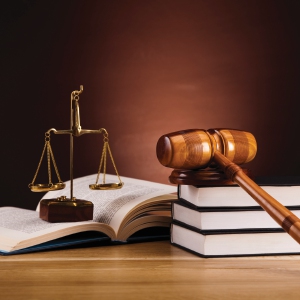 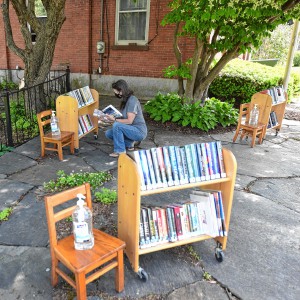 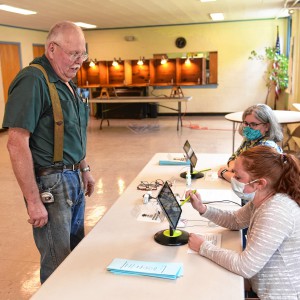 CONWAY — Only one of the four seats for which no one was on the ballot in Thursday’s town election was filled by a write-in campaign.Jacqueline…

BERNARDSTON — Organized with the help of local disc jockey Robert “Bobby C” Campbell, a “Classic Car Funday Fundraiser” at the United Church of…