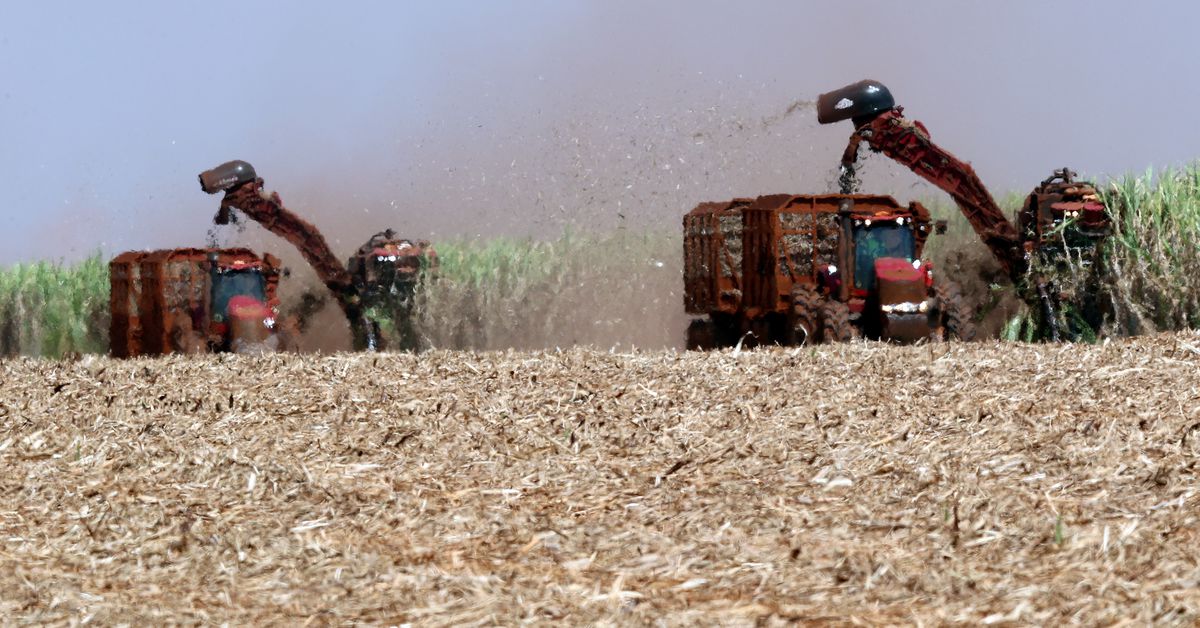 NEW YORK, June 22 (Reuters) – The United States and Brazil, the world’s top two ethanol producers, are expected to hold down production in coming months because of the surging cost of corn and sugar.

Tight corn and sugar supplies are passing through to ethanol costs, making producers reluctant to raise production, and boosting gasoline prices as well. The United States and Brazil are the linchpins of worldwide ethanol supply, accounting for 75% of global ethanol exports last year, according to S&P Global Platts Analytics.

U.S. gasoline prices on average are above $3 per gallon for the first time since 2014, American Automobile Association data shows, while prices in Brazil are at 5.40 reais per liter ($4.06 per gallon) in June in Sao Paulo state, near all-time highs.

Ethanol usually helps lower gasoline prices, said Scott Irwin, a professor at the University of Illinois, as it tends to be an inexpensive source of needed octane for gasoline. However, at current market prices, ethanol is actually adding to gasoline’s cost.

U.S. corn futures recently reached highs not seen since 2013, while ethanol prices hit their highest level since 2014, according to Refinitiv Eikon data.

U.S. ethanol production has rebounded from a low of 537,000 barrels per day in April to roughly 1 million bpd, Energy Information Administration data shows, but market signals suggest further growth will be slow.

Cash bids for corn fell at ethanol plants across the U.S. Midwest during May, and the prices that dealers were offering for delivery in the summer months were even lower.

“We do expect ethanol production this summer to slightly lag the output rates we saw during the summers of 2019 and 2018, and high corn prices and regionally tight corn supplies are a major reason for that,” said Geoff Cooper, president of the Renewable Fuels Association, a U.S. biofuels trade group.

Ethanol producers are expected to buy 5.2 billion bushels of corn for the coming year, which would be the lowest in any nonpandemic-affected year since 2013-2014, according to USDA data.

High exports will likely keep corn supplies tight in coming months, largely due to demand from China. U.S. corn supplies are expected to fall to an eight-year low prior to the coming harvest in September, the U.S. Agriculture Department said.

Margins to produce ethanol in the U.S. Corn Belt are relatively healthy at 13 cents per gallon, Refinitiv Eikon data showed, as fuel demand returns after the pandemic. But many producers still at reduced rates are unlikely to ramp up output because of corn costs, Cooper said.

Brazilian mills, meanwhile, are dealing with a drought-hit sugar cane crop. Ethanol prices at mills in Brazil are near their highest ever at over 3.40 reais per liter ($2.55 per gallon), according to the University of Sao Paulo (USP). Since fuel distributors need to add 27% of ethanol to gasoline, that has driven up prices.

Drivers are expected to use more gasoline with less sugar-based ethanol available, as many automobiles there can alternate fuels.

Brazil’s sugar cane crop is expected to contract by 7% this year due to droughts. With less cane, mills will favor sugar over ethanol in their production mix, analysts say.

“Ethanol can be the one suffering the consequences of a smaller crop,” said Bruno Lima, sugar and ethanol head at broker StoneX, which projects a 6% fall in biofuel production to 28.5 billion liters.