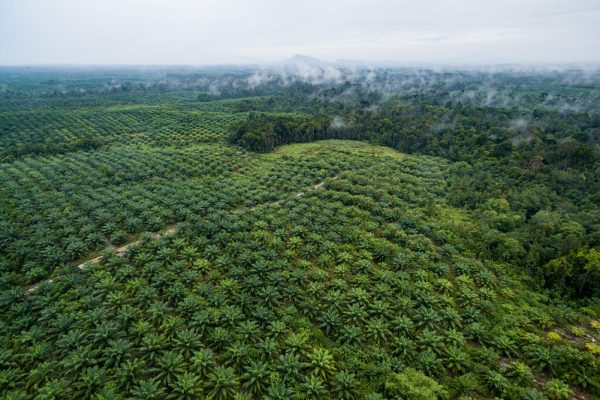 If the Indonesian government is to meet its self-appointed targets for the reduction of greenhouse gas emissions in response to climate change, the development and utilization of bioenergy looms as an important part of its strategy.

Indonesia has abundant resources of biomass. Indeed, many of the forms of biomass that can be used to generate bioenergy, such as food crops, forest residues, urban waste, and algae, among others, are present in the country in considerable quantities. As a result, Indonesia is now the world’s third-biggest biofuel producer, producing 77 Terawatt-hours in 2019, behind only the United States (433 TWh) and Brazil (276 TWh).

Even though bioenergy may come in the form of biofuel, biogas, and biomass, Indonesia has placed special focus on fostering the development and utilization of biofuel, especially biodiesel. For this purpose, the government launched the biodiesel 30 percent (B30) program in January 2020, which aims to reduce greenhouse gas emissions and fuel imports, as well as to help Indonesia meet its national renewable energy target, among other goals.

Yet the greater the growth of biofuel in Indonesia, the greater the need for a secure and sustainable supply of feedstock. For biofuel development, Indonesia still relies mostly on first-generation feedstocks, which are normally food crops, while second-generation feedstocks, such as urban and food waste, and alternative feedstocks like microorganisms, are yet to be fully explored and exploited. Palm oil currently produces the greatest proportion of Indonesia’s bioenergy, 38.8 percent of the total, ahead of rice husk (30.8 percent), rubber (8.5 percent), waste (6.3 percent), and wood (4.1 percent).

At the same time, Indonesia has only utilized around 5 percent out of its full bioenergy potential. The government should therefore put in place policies and incentives designed both to increase the country’s bioenergy production, and to diversify the country’s sources of feedstocks.

Moreover, given Indonesia’s vast marine areas and tropical climate, microorganisms such as algae also figure as promising sources for the production of biodiesel, something that is currently being researched by the Indonesian Institute of Sciences and several universities.

Get briefed on the story of the week, and developing stories to watch across the Asia-Pacific.

Many countries have opted for bioenergy as a potential source of renewable energy. For example, in Thailand, the government has accelerated the development and use of bioenergy to reduce greenhouse gas emissions and decrease the country’s reliance on imports to meet the national demand for energy through the enactment of Alternative Energy Development Plan (AEDP).

However, a recent study from Traction Energy Asia shows that using food crops to produce biofuel can have detrimental effects on the environment. While the increasing demand for crude palm oil for biodiesel production in Indonesia has generated employment and reduced poverty, and has contributed to the reduction of the nation’s greenhouse gas emissions, oil palm plantations have been linked to deforestation and (indirect) land use changes.

Because of this concern, some countries have already taken initiatives to develop their bioenergy industry by substituting food crops with other feedstock alternatives that are more sustainable.

The United Kingdom offers some examples. The country has tried to use UCO as well as fats, oils and greases (FOGs) to produce biodiesel, shifting from first generation biodiesel, even though there are doubts that the resulting biodiesel is truly more environmental friendly than fossil fuel. There is fear that high demand for UCO imports might inadvertently drive deforestation.

Despite of the controversy, however, the U.K.’s UCO-based biodiesel development has shown that it is possible to substitute food crops-based biodiesel with other alternatives given the right supporting policy. Furthermore, it is generally accepted that second generation biodiesel would have lighter environmental footprint as well as greater price stability than biodiesel derived from palm oil, which fluctuates in line with the global oil market.

Indonesia has developed biofuel progressively, especially biodiesel; yet, there is much that can be done to improve its development. First, the research and development of alga cultivation, a potential alternative source for biofuel, needs to be given additional support. Although research is ongoing, the government and private institutions should give their full support to facilitate the research.

Second, the government should maximize the development and utilization of UCO. The current infrastructure for collecting UCO from Indonesia’s towns and cities remains a major obstacle, and it is therefore necessary that the central government collaborate more closely with local governments to enact policies for closer coordination on UCO collection.

Third, the utilization of food-based feedstocks should be reduced in favor of other alternatives, the development of which will require closer collaborations between policy-makers, research institutions, and private stakeholders.

In summary, shifting Indonesia’s bioenergy reliance from palm oil to alternative feedstocks, such as UCO or microorganism-based oils, will create a more sustainable feedstock supply and lessen pressures to the environment, while ensuring that Indonesia’s biofuel production can fulfil its greatest potential.