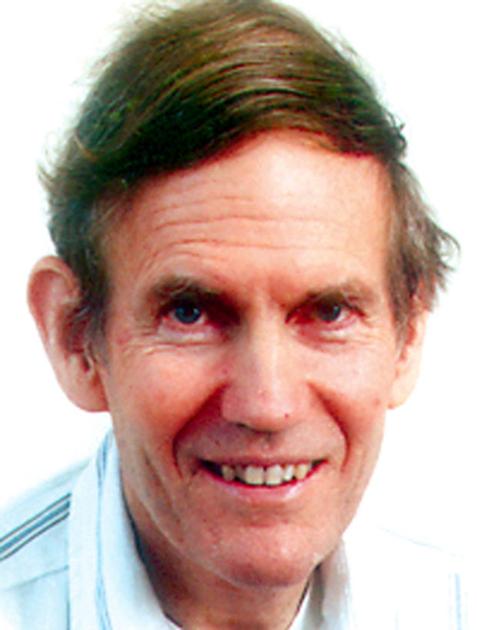 A book with an unpleasant title is “Slime” by Ruth Kassinger. The subtitle is “How Algae created us, plague us and just might save us.” Crude oil is the residue of ancient algae. These early organisms soaked up atmospheric CO2 (carbon dioxide).

Algae occurs naturally along the coasts of many countries, including Japan, Ireland, the Northeast U.S. states and northern Europe coastlines. It makes up 10% of the diet of the Japanese and Koreans. You could state that algae is the most important organism on Earth for 50% of the oxygen you breathe is made by algae. Algae photosynthesizes by taking sunlight, water and CO2 out of the air and gives off O2 (oxygen molecule) and makes carbohydrates (an example is C2 H2 O4). In the ocean, there is a 600 feet thickness of algae. Each drop of sea water contains several thousand microalgae.

What is algae? It is not a plant nor is it an animal. It is the name of a group of diverse organisms. There are three types of algae: 1. Single celled blue green algae or cyanobacteria. 2. Single celled microalgae. 3. Visible sea weed or macroalgae. Almost all algae photosynthesize, but unlike plants, algae have no flowers, no nectar, no bark, no wood.

They do contain chlorophyll. You can get Omega 3 oils by eating seaweed. 25 million tons of seaweed worth $6 billion are harvested each year. Algae corpses descend to the ocean seafloor like a steady snowfall, providing nourishment for the bottom dwellers.

Algae is being used in ice cream to prevent ice crystals from forming, used in chocolate milk and salad dressings. Some tap water is filtered with live algae that remove nitrogen and phosphorous. Some algae is in lotion, the gel in toothpaste and the coating on pills.

Now I need to cover the bad things about algae. Algal blooms are the uncontrolled growth of algae on the top of bodies of water. The blooms deplete the oxygen in the water, stop sunlight from reaching fish and aquatic plants. There are some 400 “dead zones” in the ocean. The specific type of algae responsible is cyanobacteria. But red-pigmented microalgae along the Gulf of Mexico and the more southerly Atlantic states produces the red tide.

How can we make fuel from algae? There are two approaches: 1. Open-air runway powered by paddle wheels. 2. A bioreactor exposed to sunlight with water circulating in transparent columns that may be several stories in height. The algae mix is put in a centrifuge to separate the algae from water. Then the algae material is heated, leading to a combustible gas, liquid or solid. An early estimate is that a runway or bioreactor covering an acre may produce 1,000 liters of fuel per day, far more energy than crops for the same acreage of corn (methanol). The great advantage of using algae is its rapid growth, doubling in amount in less than a day. The drawback is the expensive equipment needed to convert the algae into a combustible form.

Bob Doyle is a retired science teacher at Frostburg State University who is available to talk to groups about matters related to his columns. Contact him at rdoyle@frostburg.edu.