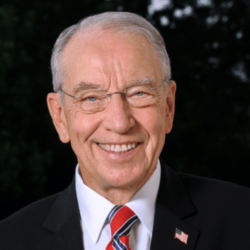 WASHINGTON, D.C. (NAFB) – It’s back to the political arena, according to a longtime ethanol backer, after the Supreme Court overturned a lower court ruling that limited EPA extensions of biofuel waivers.

The Biofuels Coalition called on the bureaucracy at EPA to respect those parts of the lower court ruling the Supreme Court didn’t rule on, that refiners must show and prove financial hardship, before qualifying for a waiver.

Grassley, meantime, warns a legislative ‘fix’ to the Renewable Fuel Standard could open a ‘Pandora’s box’ for ethanol.

The RFS by statute and contrary to rumor, continues beyond 2022, though the EPA Administrator, working with the Energy and USDA secretaries, must set new annual volume targets. Congress set the original targets only through next year.