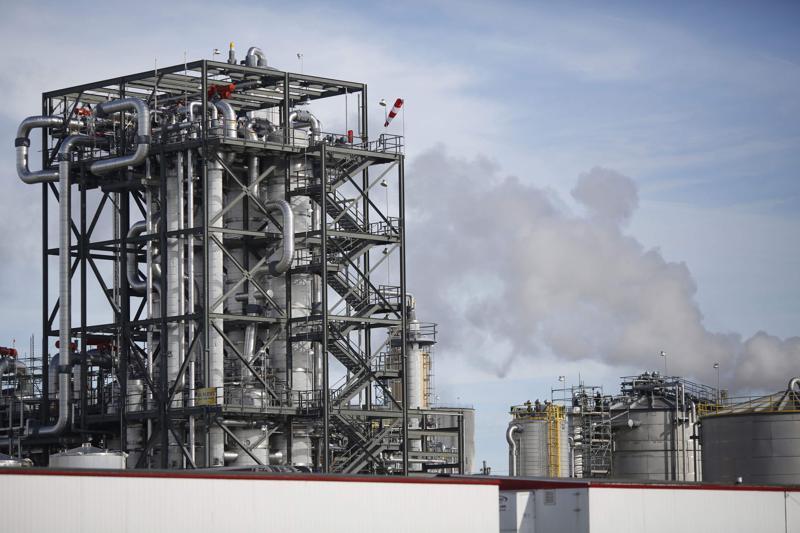 A DuPont ethanol plant is shown in operation in 2016 in Nevada, Iowa. (Bloomberg News)

CEDAR RAPIDS — Using his words, Iowa’s Republican U.S. senators are holding President Joe Biden accountable for his earlier commitments to support the biofuel industry and the family farmers who rely on it.

In light of recent reports about his consideration of the demands of Big Oil, Sens. Joni Ernst and Chuck Grassley have written to Biden to remind him of his statements during his campaign supposedly supporting biofuel.

“Those waivers are a gigantic mistake,” Biden said on Iowa PBS in the summer 2019 when asked about the waivers granted by the Trump administration. “We should not be exempting, we should be insisting that these major companies in fact meet the criteria.”

The letter, joined by the Republican senators from South Dakota and Nebraska, and an earlier missive from Ernst to U.S. Agriculture Secretary Tom Vilsack, were motivated, in part by, Ernst said, by “rumors about administrative action to reduce or eliminate renewable fuel blending targets for petroleum refiners.”

Their criticism turned to praise when Trump acted in the months leading up to the 2020 election to deny so-called “gap year” waivers that Biden called a “gigantic mistake” and increase access to E15 corn-based ethanol.

So now the Republicans are reminding Biden of this October 2020 plan for rural America to “promote and advance renewable energy, ethanol and other biofuel.”

They also point to the Democratic National Committee platform that included the intent to “grow the nation’s biofuel manufacturing sector” by strengthening the RFS and supporting research, development and deployment of advanced biofuel.

According to news reports, Biden is considering bailouts for the refineries, “which would undermine the biofuel industry and the family farmers who rely on it,” Ernst, Grassley and the others wrote.

That would be inconsistent with Biden’s policy statements during the campaign as well as contrary to his commitment to move the economy toward a cleaner energy future “as biofuel like corn-based ethanol reduce greenhouse gas emissions dramatically relative to petroleum-based gasoline,” the Republican senators write.

“While we are aware of the power of the oil lobby, and its efforts to influence your administration, I urge you not to bend to their demands to undercut the RFS, by either reducing annual blending obligations or by any other means that destroys demand for clean renewable ethanol and biodiesel,” they wrote.