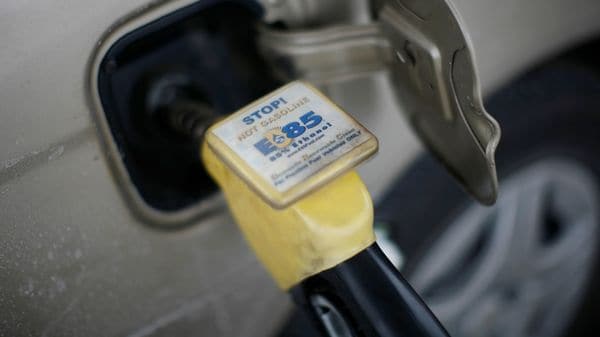 The draft notification was issued in line with Prime Minister Narendra Modi’s announcement of advancing the deadline for 20% ethanol blending by 2025 from 2030. The notification comes at a time when several cities across the country are witnessing both petrol and diesel being sold at all-time high prices.

Petrol prices have breached ₹100 per litre mark in several cities, while diesel too has breached the same milestone at places. Several other cities are ready to reach the century milestone in a few days.

The Indian government has been pushing electric mobility for quite some time. However, there are challenges for e-mobility. The industry has been voicing that and considering that the stakeholders are advocating the need for other greener fuel solutions like CNG, biofuels alongside electrification. Usage of biofuel appears to be a viable solution, but not explored to the fullest in India.

Ethanol is a biofuel that is derived from the fermentation of sugarcane and corn. mainly made from molasses, ethanol acts as an alternative fuel solution to conventional petrol and diesel. It doesn’t emit any particulate matter into the air.

Burning ethanol emits carbon monoxide, carbon dioxide, water and formaldehyde. Most of the vehicles come with the technology to oxygenate carbon monoxide and carbon dioxide. This fuel reduces nitrogen oxide emissions compared to fossil fuels. This way, ethanol is cleaner and a renewable energy source.

How ethanol-blended petrol can be beneficial for India?

Cheaper fuel solution – A litre of ethanol is currently priced at ₹62.65 in India, compared to nearly ₹100 for a litre of petrol and above ₹90 for a litre of diesel. This means ethanol or ethanol-blended petrol will reduce the fuel cost of consumers significantly compared to pure fossil fuel vehicles.

Lesser dependency on fossil fuel – With ethanol policy implemented, Inia’s fossil fuel dependency will be much lowered than now. India currently imports 80% of its fossil fuel requirement. This translates into a huge amount of fuel bill for the country. With ethanol-blended petrol, the fuel import bill would come down substantially.

Pollution reduction – With ethanol-blended petrol, the vehicular pollution level is expected to be reduced significantly. Ethanol is non-toxic, biodegradable fuel solution. It is safe to handle, store and transport as well. This oxygenated fuel contains 35% oxygen and emits fewer pollutants into the air than petrol or diesel.