Valley News – Forum, July 7: Biodiesel not a solution to our climate chaos

The Valley News has been selected to add two journalists — a photojournalist and a climate and environment reporter — to our newsroom through Report for America, a national service program that boosts local news by harnessing community support.

Please consider donating to this effort.

Biodiesel not a solution to our climate chaos

It is encouraging to read about the municipal plan being developed in Hartford to reduce greenhouse emissions that are driving climate change (“Panel pitches plan to fight climate change,” July 4). It’s an effort that all of our towns need to be undertaking urgently.

There’s one aspect of the plan, as reported by the Valley News, that should concern us all, however. The plan includes replacing 25% of the Hartford’s diesel usage with “cleaner burning” biodiesel.

Biodiesel is not carbon neutral. In fact, changes in land use to grow biofuel crops, whether palm oil, soy or sugar cane, are causing more CO2 emissions than the use of the biofuels is able to abate.

One reason is that when the best agricultural fields are switched to growing biofuel crops, often those food-producing fields need to be replaced by cutting forests. The forest that was removing CO2 from the atmosphere has now been replaced by a field that’s sequestering no carbon year to year.

In Southeast Asia, Africa and South America, new palm oil plantations are driving deforestation and the draining of peatland.

A study by a team of German and Indonesian researchers in 2020 reported that biodiesel from new palm plantations produces double the greenhouse gas emissions of fossil fuels.

Expansion of soy production is one of the drivers of deforestation in the Brazilian Amazon, where since the late 1970s an area greater than France has been cleared.

Biofuels are neither a just nor equitable solution to climate chaos. Their production has caused social disruption in poor and Indigenous communities around the world. Production incentives, especially in South America and Southeast Asia, have resulted in crops being grown for fuel rather than food. The result has been rising prices and food shortages.

If we fully and honestly account for emissions from all of our energy sources, we have to conclude that biodiesel does not fit in a pathway to the goal of net zero greenhouse gas emissions by 2030.

Here’s hoping that history repeats itself

Thanks to Forum contributor Marcella Logue for reminding us that it was Republicans who freed the slaves and pushed for the 15th Amendment (“Thank Republicans for saving the union, freeing the enslaved,” July 2). Ratified in 1870, the 15th Amendment prohibited states or the federal government from denying the “right of citizens of the United States to vote … on account of race, color, or previous condition of servitude.”

And that it was Democrats who passed Jim Crow laws and formed the Ku Klux Klan to disempower Black citizens and other minority groups and restrict their right to vote.

In 1879, extremist Southern Democrats tried to hold the government hostage by tying several further anti-democratic riders to an appropriations bill, forcing a choice between shutting down government and a white supremacist vision of who should be able to vote.

This overreach, in defiance of popular opinion at the time, led to these Democrats getting voted out of office in 1880 and a sea change in the Democratic Party’s platform.

Let us hope that history repeats itself in terms of rejecting anti-democratic policies, and that we can rally behind ideas and progress instead of blind allegiance to a political party.

Forum contributor James Newcomb’s letter of July 2 (“It’s the Democrats’ tactics that are cynical”) refers to author and historian Ibram X. Kendi as a “major proponent of critical race theory.”

I’ve read Kendi’s books Stamped from the Beginning and How to Be an Antiracist. It doesn’t seem that Newcomb and I read the same books.

He paints Kendi’s views as simplistic; you’re racist and an oppressor, or you’re anti-racist and oppressed.

My reading interprets Kendi’s voluminous and comprehensive writings as much more nuanced. Particularly in How to Be an Antiracist, Kendi emphasizes the many ways in which he acted in a racist manner. No matter the color of our skin, he says, none of us is a racist or anti-racist person, though we all act in racist and anti-racist ways depending on the context and situation. We all have much to learn.

Another great book on the topic of race in America is Pulitzer Prize-winning New York Times reporter Isabel Wilkerson’s Caste: The Origins of our Discontents (2020). It’s so personable that it’s easy to read, as well as being scholarly and well-researched.

WE APPRECIATE YOUR SUPPORT DURING THE COVID-19 PANDEMIC

We continue to make our coronavirus coverage free to everyone at www.vnews.com/coronavirus. If you believe local news is essential, please consider subscribing or making a donation today. Learn more at the links below. 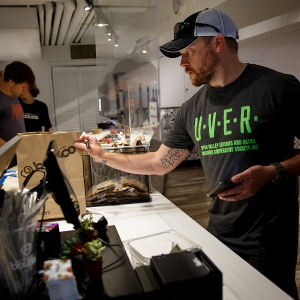 HANOVER — In what amounts to a David-versus-Goliath challenge, a new Upper Valley home delivery startup wants to deliver your lunch or dinner… 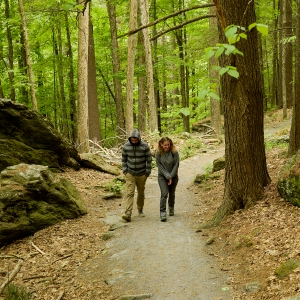 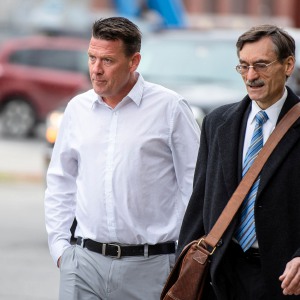 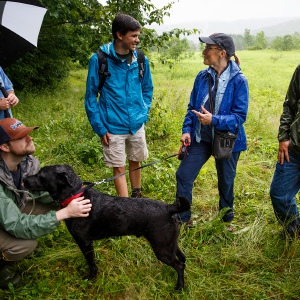 ETNA — U.S. Sen. Maggie Hassan, D-N.H., met with Upper Valley trail advocates and officials on a rainy Friday morning to walk a stretch of the…