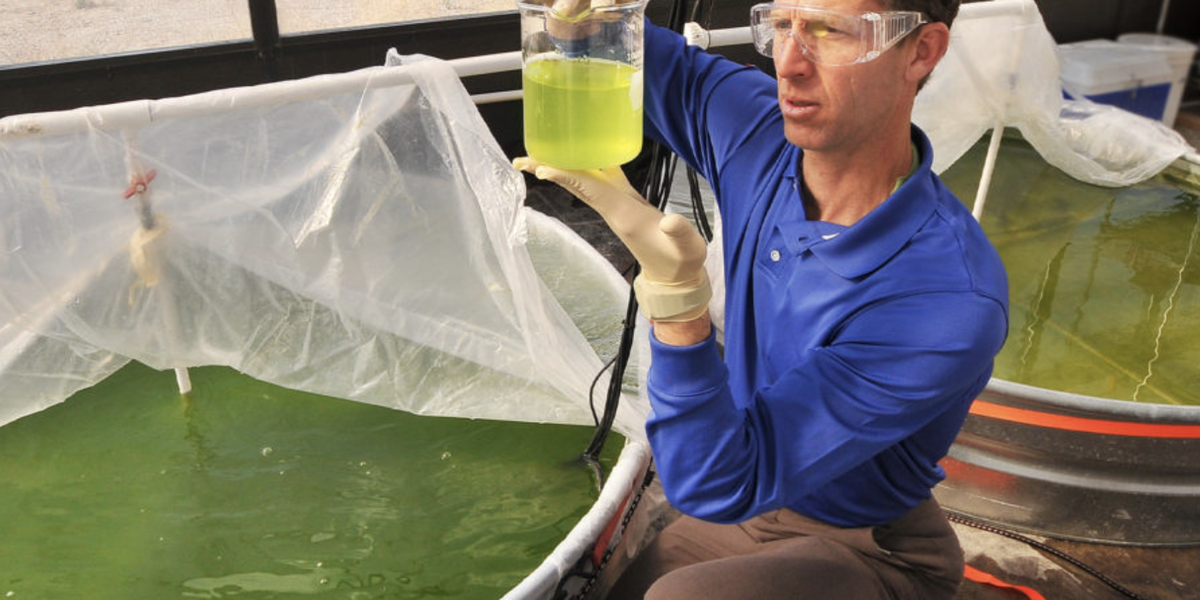 Synthetic Genomics teams up with ExxonMobil

Synthetic Genomics, a biotech company founded 15 years ago, is headquartered in La Jolla, California, a locale rich in both sun and saltwater, making it ideal for algae research.

The company has another big biofuel industry edge, however. Synthetic Genomics is one of the last major biotech labs to have an invaluable partnership with a large corporation that can throw millions of dollars into research and development. That partner is ExxonMobil, the world’s largest publicly traded oil and gas company.

In 2017, ExxonMobil announced that it, along with Synthetic Genomics, had used CRISPR gene-editing technology to produce an algal strain that the oil company said could pave the way to a low-carbon fuel and a sustainable future that would “reduce the risk of climate change.”

But after years of research, and so many other high-tech industry failures, some environmentalists question the motives of ExxonMobil’s ongoing funding of research to find the Holy Grail: the ultimate energy-producing microalgae strain.

Critics particularly wonder whether the fossil fuel giant (known for its long-running climate disinformation campaigns) may be more interested in the PR and greenwashing opportunities offered by being associated with the alternative biofuel technology.

Ever since the 2017 CRISPR announcement, ExxonMobil has used social media — including Facebook, Instagram and Twitter — to share its “Miniature Science” campaign, claiming that microalgae could “fuel the trucks, ships and planes of tomorrow,” while taking CO2 out of the environment, according to a critique by Joseph Winters, published in the Harvard Political Review.

Analysts point out that algae biomass, whether used as fuel, a food or drink supplement — all algae, everywhere, in fact — will indeed take CO2 out of the environment. But critically, everything depends on scale. Current algae biofuel cultivation capabilities cannot even remotely offset the massive amounts of carbon that ExxonMobil’s nonrenewable fuels pump into the atmosphere annually — the company’s net greenhouse gas releases totaled approximately 120 million metric tons of carbon dioxide equivalent emissions in 2019.