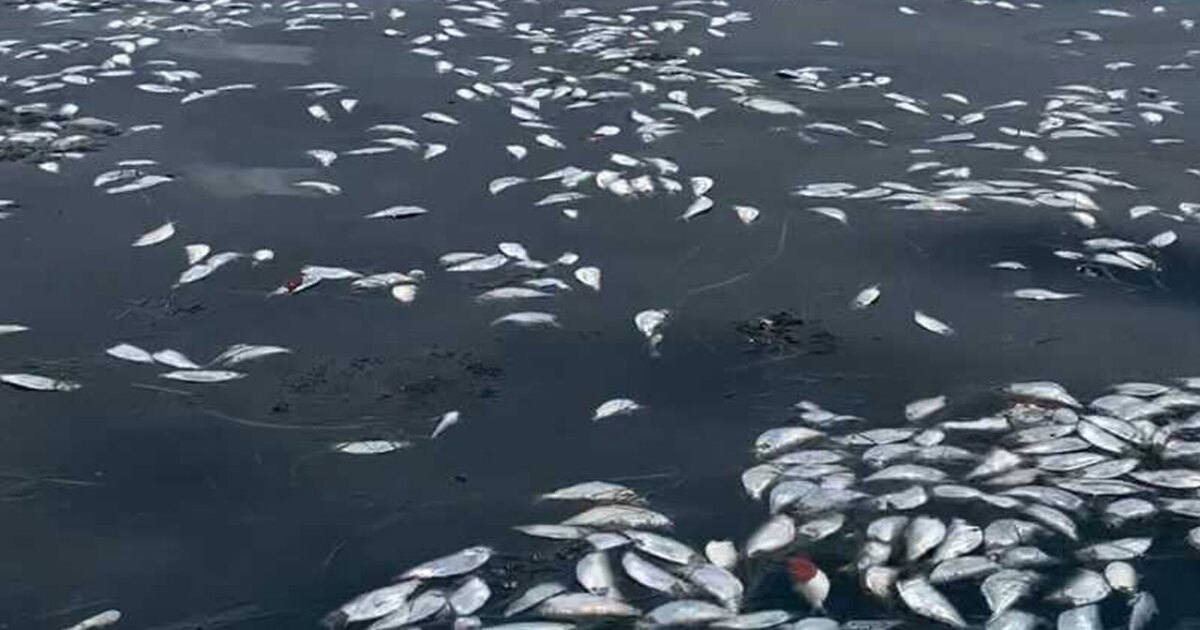 While researchers are working to learn more, crews are working to clean up.
“I’ve never seen anything quite this sad before in my life it really brings me to tears being out here on the water,” said Captain Brian Jill, a fishing guide.

He’s spent years on the water.

“Nothing has ever come close to what I’m witnessing right now,” said Jill as he drove by countless dead fish, from bait fish to larger fish, dotting the water.

“We’re estimating that the 600 tons of dead fish equates to about 4 tons of nitrogen and that’s a lot of nitrogen and all of that is food and fuel to fuel further algae blooms if we leave it in place,” said Maya Burke, the assistant director for the Tampa Bay Estuary Program.

Experts say how far this event is reaching into the bay and the timing its occurring make this unusual.

“They thrive in warm waters, they thrive when there’s lots of nutrients, all those things are delivered by rain which is what we see in great numbers over the summer time so it is plausible we would be dealing with this bloom for many months to come,” said Burke.

Some leaders are calling for more resources from the state.

“We’re going to have to juggle resources to cover it. Obviously this is not something we budgeted for,” said St. Petersburg Mayor Rick Kriseman.

The state said it’s in the process of executing grant agreements to help with clean up. Leaders from FWC and DEP held a roundtable with local leaders and scientists Tuesday.

“Unfortunately we don’t have a skill yet to explain how a bloom will look weeks from now,” said Rick Stumpf, Ph.D., an oceanographer with NOAA.

Stumpf is an expert in harmful algal bloom modeling and forecasting.

“We’re seeing a combination of some shifts in weather patterns that have caused this and also a timing issue with Tampa Bay,” Stumpf said. “We will need to look at whether this is these systems are changing as a result of climate impacts.”
Researchers are trying to learn more.

“The key one is going to be looking at the nutrient concentrations in the bay and trying to determine how well we can fit that together for how much that did cause the red tide. What are they key factors what are the key sources of nutrients that are driving this?,” Stumpf said.

Additionally, Stumpf said they’re keeping an eye out for any impacts on the oxygen level in the Gulf.

In the meantime, Captain Brian said he’s lost the past month of business and describes the future as uncertain.

“Nothing’s gonna happen nothing’s gonna get better until there’s some policies that change and the state of Florida comes and helps us out on this matter,” said Jill.