Why Brazil is expected to see a corn ethanol boom – BNamericas 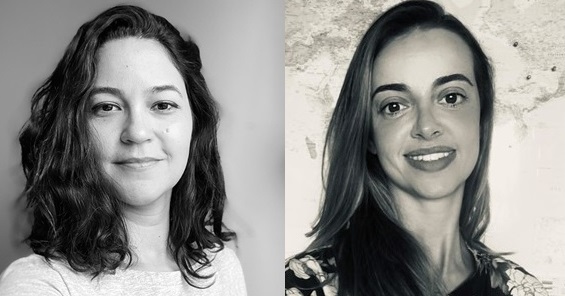 The projected growth reflects the stagnation of the availability of sugarcane as raw material for ethanol and the country’s need to increase biofuel output to meet environmental targets.

“Ethanol from corn will gain a lot of relevance,” she said.

In this interview, Pupo and Nicolle Castro, a senior price specialist at S&P Global Platts, talk about the current scenario and outlook for biofuels in Brazil, including biodiesel, green diesel and bio aviation gasoline.

BNamericas: What impacts can be expected from the change in Brazil’s biodiesel trading model?

Castro: The proposal published by ANP at the end of April was that, starting January 1, 2022, purchases would no longer be made through auctions held by the regulator.

In other words, there will no longer be the December auction for January and February supply. Distributors with market shares of 5% or more in the sale of diesel in any state will be obliged to buy biodiesel from producers.

Producers with a market share of 3% in the last auctions of 2021 will have to close contracts involving at least 80% of the volume negotiated in the previous two months.

This guarantees security of supply and contracting, creating a spot market with liquidity. We envision daily published price references/price volumes linked to contracts.

BNamericas: What is the current status of the mandatory biodiesel mixture in diesel?

Castro: We had a goal in March to reach 13% blending, but this only occurred in one auction.

In the 79th ANP tender this was no longer possible, and the government reduced it from 13% to 10% due to the high biodiesel prices, and maintained it in the last auctions.

And now, in the 81st auction, the mixture will increase to 12%. This brings a lot of insecurity for investors who need more predictability.

BNamericas: And what about the impacts of Petrobras divesting biofuels assets?

Castro: The exit of Petrobras can be beneficial to the extent that the company establishes its core business [oil and gas exploration and production] as a guide. The way it is being done, establishing deadlines and notifying the market, with no surprises for investors, is beneficial.

Regarding the purchase of RLAM [refinery, in Bahia state, by Mubadala Capital], for example: this specific hub had, from what we heard, a supply deficit. So the market is seeing the transaction in a positive way.

BNamericas: Is the biofuels market still affected by the logistical bottlenecks in the country?

Castro: Brazil is truck-driven, and we’ve seen how damaging it is to depend on a single modality.

In the case of biofuels, this weighs heavily. Brazil used to import a lot of ethanol from the US, but this was stopped in April or May last year because of the exchange rate and because domestic prices fell.

The north and northeast are basically being supplied by the center-south, by states like Goiás and Mato Grosso. There is, therefore, a new demand in the market, and it is being met by tanker trucks that take this route, since pipelines and more efficient cabotage are lacking.

There are projects going on, mainly by private initiative, to overcome the logistics deficiency. This tends to improve, but [only] in the medium and long term.

Pupo: We had a portion of ethanol production going to exports, and at the same time, we are going through a severe drought, with the expectation of the smallest sugarcane harvest in the last nine years.

This in itself already limits the availability of ethanol, and at the same time we have demand recovering, so the result has been an explosion in prices. But we can complement the output, in part, with corn ethanol. This should reach 3Bl in the harvest, jumping from 5% to 10% of total production in 2021.

In our vision, ethanol from corn will gain a lot of relevance. The sugarcane cycle takes a long time to get a return, so we foresee a boom in corn plants, with corn ethanol production jumping from 3 to 9Bl [per harvest] by 2030, corresponding to 20% of the total.

BNamericas: Why exactly do you see this corn ethanol growth coming?

Pupo: There is a stagnation in the availability of sugarcane as a raw material for ethanol, since in the last five years we have produced at most around 600Mt/y of sugarcane.

Sugarcane ethanol production has been around 28Bl during this period. In addition, since the last harvest in 2020-21 there has been increased competition for raw material due to more attractive export sugar prices. As for corn, there is abundant raw material (even with a second harvest) which has enabled and should continue to enable a rapid escalation of ethanol production levels from this grain.

The growth forecast for corn ethanol production takes into account the need for the Brazilian industry to have enough product to meet the growing domestic demand for light fuels, which we estimate will reach more than 70Bl by 2030.

In addition, this growth is necessary to ensure that the country can comply with the RenovaBio program, which through decarbonization goals aims to stimulate the growth of renewable fuels use.

Meeting the decarbonization targets is challenging, particularly after 2026/2027, with regard to the availability of domestically produced ethanol.

Ethanol production needs to grow exponentially in the next few years to ensure compliance with the stipulated targets, and this already takes into account the growth of corn ethanol and biodiesel.

It should be remembered that corn ethanol production can come not only from production plants focused only on the grain, but we also see the growing appeal of the so-called flex-fuel plants, which can use both corn and sugarcane as raw material, and therefore continue producing even during the sugarcane off-season.

Some other advantages of corn ethanol are lower industrial capex when compared to that of sugarcane, and the possibility of generating other by-products as assets, like DDGs [distillation-dried corn kernels] and corn oil.

BNamericas: How are ethanol prices faring?

Castro: According to Platts Ribeirão Preto’s [an ethanol hub in São Paulo state] evaluation, the price of hydrous ethanol rose 79% year-on-year on July 12.

According to ANP, for the consumer at the pump in the southeast, it increased 57% on average. Usually, for the consumer, it is worth opting for ethanol when its price equals up to 70% of the price of gasoline, but in recent weeks, it is out of parity. Therefore, nowhere in Brazil would one demand hydrated ethanol for the sake of price.

Anyway, there is the 27% blend of anhydrous ethanol in gasoline, which drives ethanol sales. To produce anhydrous ethanol, a cost 6% higher than that of hydrous is considered, but the producer who has this higher cost is, on the other hand, earning 15% more. This also explains why, since September last year, they have been maximizing anhydrous production.

Pupo: Total ethanol production fell by 4% between April 1 and June 30 compared to a year earlier. This is the harvest period in the center-south of Brazil. Accumulated anhydrous production rose 21%. So this price premium has really encouraged fuel production.

BNamericas: What is the scenario for green diesel and aviation bio-kerosene in Brazil?

Pupo: This is an industry driven by mandates [obligation to contract under public guidelines]. If there are no public policies, it will be difficult to see the market grow.

It is precisely in Europe and California that we see more growth of these green fuels, with government incentives. We project that green diesel will be the one that will grow the most in the next 20 years, from 8% to 20% of the global market share by 2040.

We saw a flurry of investments announced in the US in many refineries moving from fossil to green diesel, aiming for better remuneration. In Brazil, 70% of the circulating fleet is flex fuel, but only recently we had a regulation for green diesel. This, unfortunately, has delayed investments in production. BSBios, the largest local biodiesel producer, is setting up a green diesel plant in Paraguay through its subsidiary ECB.

As for bio aviation gasoline [bio avgas], there is still very little in production. Again, what is driving this market are public policies. First it was Norway, now it will be France and Germany. This is what will start to drive this market. Some airlines are already signing contracts to purchase bio avgas from plants that don’t even exist yet.

Castro: The airlines are going for this more expensive fuel not just because they want to be nice to the environment. There are financial reasons for this, since there are countries establishing targets for reducing greenhouse gas emissions, so this will have a price.

Brazil is a signatory of Corsia [Carbon Offsetting and Reduction Scheme for International Aviation], and so local companies will have to fit into this same emissions reduction profile, which may contribute to bio avgas in the country.

Recently [airline] Gol made a new service available to users, where they can choose to buy carbon credits to neutralize the emissions of their trip. Gol will probably invest this income in biofuel or carbon credits.

Pupo: Plants that are being converted to green diesel will also be able to produce bio avgas, so it will be a good fight for the best remuneration.

To continue reading, subscribe to BNamericas to get all the information in this article and access to related news items and reports.

Want to read more information about Why Brazil is expected to see a corn ethanol boom?

Subscribe to BNamericas to find news reports, information on projects and contact information relating to thousands of companies that drive business in Latin America.

This is your first of 5 pageviews this month.

To unlock the full potential of BNamericas, subscribe now.