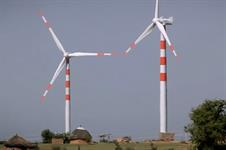 The investment agreement was signed through the Copenhagen Infrastructure New Markets Fund I (CI NMF), and represents the fund’s first foray into the Indian renewable energy market. It is also the fund’s largest commitment since it was established in 2019.

“The agreement enables joint equity investments in excess of $200 million in renewable energy projects in India, with the potential for future expansion,” CIP stated.

The 1.7GW target portfolio comprises around 900MW in late-stage solar and hybrid wind/solar projects, and 800MW of projects in earlier stages of development. The projects will provide power to both utility and commercial and industrial customers.

Copenhagen Infrastructure Partners does not have any holdings in Indian wind farms, according to Windpower Intelligence, the research and data division of Windpower Monthly.

Pinaki Bhattacharyya, co-founder and chief executive of Amp Energy India, welcomed CIP’s expertise in the sector, as well as the financial commitment.

“Both will be critical to success as we diversify our portfolio to include solar, wind and hybrid in moving towards providing dispatchable clean energy to our C&I and utility customers,” he said.

“This is a key milestone as we march towards our goal of creating the first truly balanced and complete renewable power producer with a 5GW target,” Bhattacharyya added.

Niels Holst, partner and head of CI NMF, said: “As one of the world’s most dynamic and competitive renewable energy markets, India is a key focus for CI NMF and we are delighted to take this first important step together with a great partner in Amp, who combine an excellent track record and shared values in developing and realising projects.”

Amp Energy India is part of Toronto-headquartered Amp Energy, a global energy transition platform that develops, owns and operates clean-energy assets in its core markets around the world, including Japan, Australia, India, Spain, Czech Republic, the UK and North America.

CIP manages eight funds and has approximately €16 billion ($19 billion) under management. It was founded in 2012 by senior executives from the energy industry in cooperation with PensionDanmark.