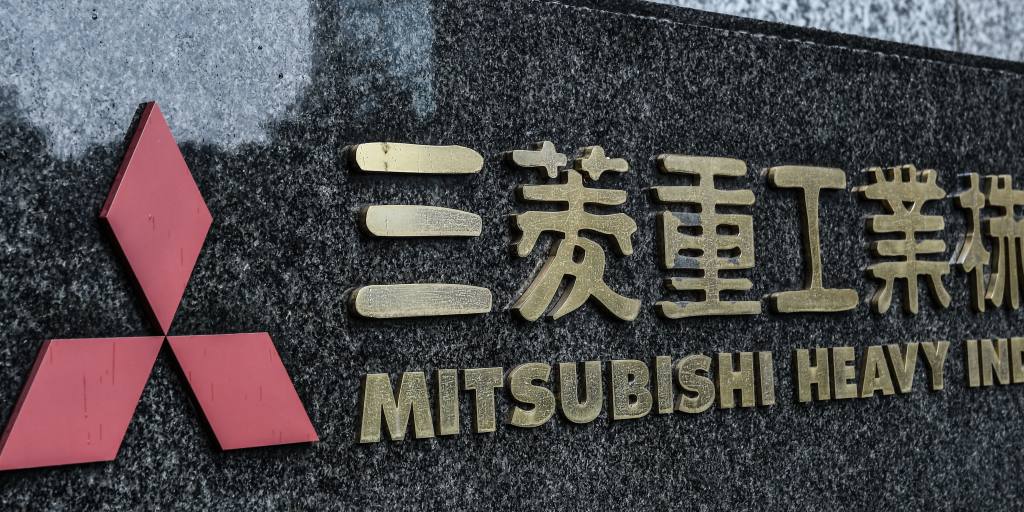 TOKYO — Mitsubishi Heavy Industries said on Monday that it returned to profitability in the April-June fiscal first quarter, as the Japanese industrial conglomerate aims to stage a turnaround from the COVID-induced aviation crisis.

Mitsubishi Heavy, the developer of Japan’s first commercial jet program and the subcontractor of Boeing and Airbus, is one of the hardest hit Japanese manufacturers amid the COVID crisis. In October, the company decided to freeze the SpaceJet commercial jet program. Mitsubishi Heavy produces wings and fuselages for Boeing’s wide-body aircraft such as B-777 and B-787, models used for international routes and for which global demand has not returned amid the COVID pandemic.

The company now looks to its mainstay business of energy to get itself out of the slump. Mitsubishi Heavy is the leading gas turbine maker along with General Electric and Siemens.

Three-month operating balance turned to a profit of 21.4 billion yen ($195 million) from a year-ago loss of 71.3 billion yen, as sales increased 9.5% to 851.7 billion yen. For the year through March, the Tokyo-based company predicts its operating profit will nearly triple to 150 billion yen.

As the global move away from fossil fuel accelerates, demand is growing for biomass energy and cleaner steelmaking technologies, said Chief Financial Officer Hisato Kozawa in a press briefing. Mitsubishi Heavy has taken orders for new biomass power plants as well as for modifying the existing plants for biofuel, Kozawa said. Queries have increased for steelmaking equipment using hydrogen, instead of the usual cokes, he added.

A three-year business plan, announced in October, calls for the company to raise the operating profit margin to 7% in fiscal 2023, up from 1.5% in fiscal 2020. Profit margin had been depressed in recent years by the costs of developing the SpaceJet and acquiring the aircraft maintenance and repair operations from Bombardier.

Mitsubishi Heavy bets that demand for hydrogen and ammonia will grow in the coming years as a new fuel for thermal power generation, as the world tries to reduce fossil fuel use including coal and gas. Hydrogen and ammonia, which is a compound of hydrogen and nitrogen, do not produce heat-trapping carbon dioxide when they are burned.

Making hydrogen power a reality requires the development of infrastructure for supply networks from production to distribution. There are many practical hurdles to realizing the vision. Kozawa acknowledged that the concept has not materialized into new businesses yet.

Other new business areas Mitsubishi Heavy is looking at include: artificial intelligence to manage demand and supply for electricity; carbon capture technologies; hydrogen-based steelmaking; and cold chain monitoring systems. Of these, carbon capture technologies have drawn strong interest from customers, while the new AI-based service has yet to gain traction, Kozawa said.

The more traditional businesses of making turbochargers and compressors have come back strongly with the economic recovery, Kozawa said. Turbochargers are widely used in automobiles, while compressors are key components in air conditioners and refrigerators. The aircraft maintenance business Mitsubishi Heavy took over from Bombardier last year has also been doing better than anticipated, Kozawa said, thanks to a rebound in demand for domestic flights in North America.

Cost-cutting remains a key driver of profit growth. After reducing the workforce for the SpaceJet program to less than a tenth, Mitsubishi Heavy has restructured its shipbuilding business to focus on warships and certain commercial ships like ferries and sold off an automotive gear unit to motor maker Nidec this year.